by The UK Time
in Citynews, News, UK
0

In November 1983, he left his sleeping son in the back of his car and kidnapped Lynda Mann. He raped a 15-years-old girl in Narborough on a footpath known as Black Pack. He left her body on cold stones and drove home with his son. In 1983 police got no lead and the case remained unsolved.

Thus in 1986, the same thing happened with another 15-year-old girl named Dawn Ashworth. According to her mother Barbara, she was returning home from her friend’s house. Colin raped and killed this innocent girl less than a mile away where he killed Lynda Mann.

First police investigations lead to the 17-year-old wrongs man who also falsely confessed Lynda’s murder. But then police perform scientific history’s first DNA test. Colin was the first man on earth whose DNA was matched through his sesame. In September 1987, Colin pleaded guilty. Later in January 1988, he was sentenced to lifetime prison.  In 2009, his 30-year-old tariff prison was reduced by two years because of his behavior in jail. This decision was strongly criticized by the families and other people.

But the question is “what is the reason that we are discussing Colin Pitchfork after 30 years?”  On January 8, 2017, Colin Pitchfork was moved to an open undisclosed prison because he pleaded in court for release. 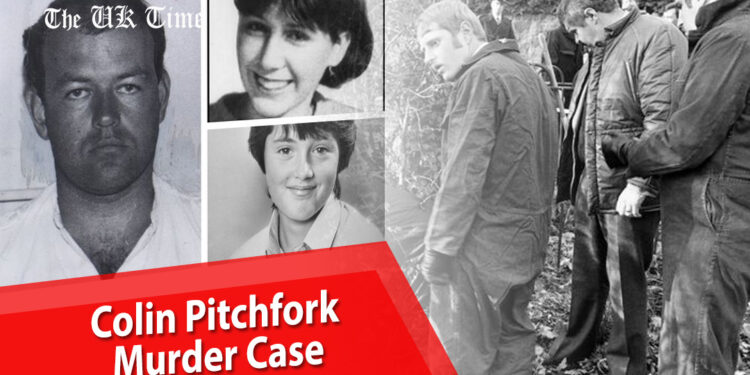 The sister of one of Colin’s murder victims signed a 23,000 petition against him. According to Rebecca Eastwood, there are other girls too and she fears that a double child murderer will strike again. Rebecca Eastwood was Lynda Mann’s elder sister who was raped and killed in 1983 by Colin Pitchfork. Ms. Eastwood said in an interview with LBC that it is not 100% guarantee that Colin will not offend and rape other girls.

She also said that “Now, I don’t have any faith in the justice system that can let this kind of person free and out of jail.”

She passed these comments after the final decision from the Parole Board about Coil Pitchfork. The Parole Board passed a decision that the rapist and murderer of two innocent girls are now suitable to release after spending 33 years behind jail bars. After the decision came, Ms. Eastwood signed a petition named “Never Released This Monster.” She further added that “no matter, if they are going to monitor his activities, tag him or check his phone activities, it is still too much to release this monster and risk everyone’s security.”

The uncle of one of the girls raped and killed by Colin Pitchfork described the family’s horror and pain in one word “SHOCK.”

Philip Musson (the uncle of Dawn Ashworth) said in an interview that the family is in utter shock, they are living in the fear that there is no Parole justice for her niece and Lynda Mann.

Mr. Musson with LBC said in an interview that “we as a family are in complete shock, obviously we were always anticipating this fear and eventuality and this distress increased with every passing year.”

“After the lifetime sentence of Colin Pitchfork, it was also a life sentence for us as a family. There is no parole for Dawn or Lynda who can give them complete justice.”

He further added that “there are some crimes extremely horrendous that reprieve is not even an option. Colin took their lives in the most horrible way and it is a lifetime tournament for the loved ones of both girls. He said that “we as a family are in the same fear and distress that we were 33 years ago.”

Lin Garner, a friend of Dawn Ashworth’s mother Barbara said in an interview that “her head is spinning with a mixture of different emotions. But the main thing that they all are craving is only justice for girls. Parole’s decision is like the knives in the hearts of families and we were not ready for it.”

Now the Parole has given the decision for the release of Colin Pitchfork. It happened after the board panel heard about his behavior in custody. Board has said that “his positive behaviour in custody showed extensive efforts to help others too.”

Moreover, many politicians and other family members also criticized the release decision of the Parole board.

Dawn Ashworth’s mother Barbara gave an interview to the Daily Mail after the release of this news. She said in an interview that “this news is really upsetting, there are still 15-year old girls outside and this murderer still has life years to abuse other teenage girls.”

She further added that “now he can’t hurt me anymore. Colin has ripped my family apart. There is no one in the world that can fulfill my loss. But there are still 15-year-old teenage girls out there and no one knows his true criminal side.”

Lynda Mann’s elder sister Sue Gatrick said that “we don’t believe that Colin Pitchfork can ever be rehabilitated.” She further added that “as a family, we are in utter shock. This news is extremely upsetting.” She told the Daily Mail that “people like his mindset can never be rehabilitated.” In another interview, she said that “our pain heightened after the news from the Parole Board that he is ready to be released from jail.”

The Parole Board has faced so much criticism not only from victims’ families but also from other people and politicians too. Colin will make his first appearance in public in a few days. If you want to know more about Colin’s case then stay updated with The UK Time.

What’s the Difference Between Visa and ESTA?