On 15th October 2021, depressing news circulated the media, demonstrating the death of British Member of Parliament David Amess. According to Al Jazeera, David was stabbed to death at a church.

However, police instantaneously arrived and arrested the suspect. Forces have declared this murder as a terrorist attack and told the media that the suspect is merely 25 years old.

The UK Time News has further researched the progress of investigation which is still in its early stages.

Currently, the detectives are unable to find connections to the case and are even incapable to discover the murder’s motivation. The victim’s colleagues, however, are paying tribute to David and have stated that he was a reliable individual.

The prime minister of England has expressed his sorrow as well, calling this incident shocking news. Besides, he is relying on the services of the police for the inquiry of this slaughter case. Moreover, such violence against British politicians is reportedly rare. 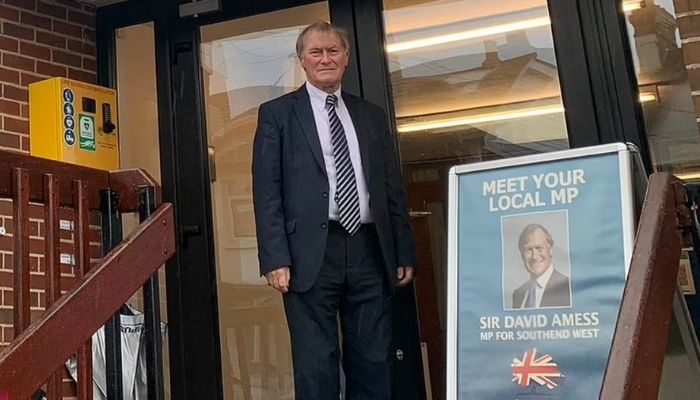 Did The Death of British Member of Parliament David Amess repeat history?

The UK Time News has studied two former attacks on British politicians from whom one survived.

The first incident occurred in June 2016 when Madam Jo Cox was stabbed to death in her constituency. Another murder attempt was on Stephen Timms, in 2010, with the same stabbing attack method.

The leader of the Labor Party praised the duties of Amess and said that the violence cannot dim their commitment. The director of the Council for Arab-British Understanding called this death a great loss to David’s friends and family.

Chris also mentioned the worry of other British MPs over the improvement of the security system. Moreover, various personalities paid their floral tribute on the scene of the incident including Home Secretary Priti Patel and PM Boris.

BBC received several reports regarding the suspect encompassing his Somali heritage and British nationality. Additionally, Whitehall officials have stated the absence of this arrested man’s name in the database of terror suspects.

Amess was married with one son as well as four daughters and had been serving as an MP since 1983. Allegedly, he was a loyal professional to British politics.