No Result
View All Result
NEWSLETTER

Katarina Johnson Thompson All Eyes On Her.

by The UK Time
in Sports, UK
0

Katarina Johnson Thompson, a UK-born heptathlete, is a well-known sports celebrity. A gold medalist at 201 World Championship, enjoys a ranking of No. 6 on the all-time heptathlon. She is nickname KJT. KJT (born 9 January 1993) at Liverpool, United Kingdom. She is 28 years old in 2021. Her Father Name is Ricardo Thompson. She did go to Liverpool John Moores University.

Katarina Johnson has won the gold medal in the heptathlon at the 2018 Commonwealth games. She also won a silver medal at the 2018 European Championship, securing her name among World’s all-time Top 25.

Away from her hometown, Liverpool, Katarina Thompson learned the local language. She has friendly terms with her co-training partners and coach. In one of Katarina Johnson-Thompson interviews with a leading journalist, she expressed her positive vibes towards her experience in France.

“It is great,” she says. “I can’t thank my coach and my training partners enough. They’ve given me this confidence and I’m just so happy that I’m progressing and showing my training is paying off.”

She is now under training and preparation under the experiences of Head Coach Christian Malcolm, who is confident that she will return and shine in the Olympics, which is the dream and end goal of every athlete.

Katarina Johnson all set after her injury.

With a good record and repute on her credit, Katarina Johnson-Thompson is a remarkable and promising sportswoman for Olympics and International competitions. At the end of last year, she met an injury and has been in protective mode. She is positive that her Achilles injury will be overcome by her aim and ambition for Tokyo Summer Olympics.

Head Coach for British Athletics, Christian Malcom, is also very confident and positive about Katarina Johnson. In one of his talks to media, Malcom said, “I have no doubts about her being 100% (in Tokyo),” Malcolm said. “She has decided not to do the indoors so she can focus on preparations for the Olympic Games.”

Katarina Thompson failed twice to win a medal in two previous Olympics games; however, she still two further chances at glory and is determined despite her injury to succeed at Tokyo 2020 and Paris 2024.

In one of the Katarina Johnson Thompson Instagram post, Katarina Thompson vowed to resume training in March and was satisfied regarding her rehab process.

“Understandably, this is not the start to the year I was hoping for but I’m pleased to be able to share this off the back of a positive few weeks. I have a great team around me and I would like to thank them, along with all of my partners, for their unwavering support through what has been a difficult year for everyone.”  Katarina Thompson shared her thoughts.

“This news doesn’t impact my plans for 2021, Tokyo is still very much the focus and I look forward to representing Great Britain in my 3rd Olympic Games. Thanks for all your support!” Katarina Thompson in her one of the Instagram post uplifted her fans through her ambitious come back to the sports arena.

Katarina is keeping an eye on Mental Health.

Katarina Thompson understands well the importance of Mental Health and well-being to be an outstanding athlete with a maintained fitness level. She has been in close contact and consideration by the famous British Psychiatrist Dr. Steven Peters.

Katarina Johnson, counseling with a psychiatrist and keeping an eye on her mental health, has been reaping fruits and in her interactions with fans and media, she has acknowledged it.

Katarina Johnson’s hard work in the south of France has been obvious and evident from her impressive 8.27in the 60 m hurdles. She made the biggest leap forward in her weakest event of Shot Put. 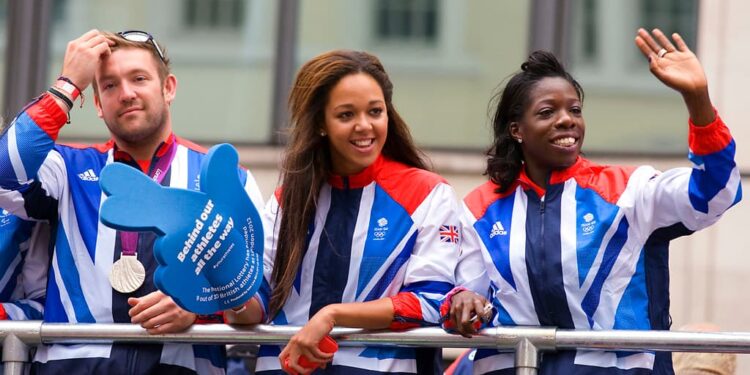 For an athlete, their diet is as important as training. So, Katarina Thompson not only follows a strict diet, but she also used to keep in touch with Katarina Thompson fans through her Instagram account, sharing with them her diet plans.

“its about being sensible” Katarina Johnson shares her secret “doing things in small quantities”.

Katarina Johnson shares her breakfast with fans through Instagram, saying it is incomplete without her nutritious morning smoothies. Frozen fruits, whey protein and oats, in a smoothie makes her breakfast energize enough to kick start the day.

Katarina Thompson emphasizes the intake of water more than the snacks. In snacks, she prefers fruits or nuts throughout the day, with a regular watch on carbohydrates intakes.

Katarina Thompson is fond of taking Toast in lunch. For protein rich diet, she prefers eggs and avocado with Ham or Salmon. There is no ditching of carbs for Katarina.

Katarina Johnson Dinner is normally comprising of chicken breast with rice and vegetables. She is fond of broccoli and cauliflower and used them in salad and as a replacement of rice in her Dinner.

Katarina Thompson sometimes enjoys pizza and ice cream as a cheat meal, but very rare and not so often. She also has shared her creamy birthday cake with her fan from her Instagram account.

Currently, She is a relationship with a fellow athlete, Andrew Pozzi

Katarina Thompson is now all focused on winning medals for her country. Let’s see, with recovery from her injury, how much is Katarina going to perform in the Olympics? All eyes on her, now.

Tips On How To Do a Successful Online Business