Amid the 15th August’s capturing incident, the UK government is letting 20000 Afghanis in, particularly the ones at risk.

Taliban’s territorial attack had triggered neighboring as well as Western countries to take action. The UK will welcome thousands of Afghan citizens. The most at risk are those who worked against the Taliban. Ministers are expected to help the ones desiring to leave Afghanistan.

The government of the United Kingdom has made a pact to welcome 5000 refugees in 2021 and 20000 in coming years. The prime minister of the UK, Boris Johnson, stated that more than two thousand Afghans have already traveled to the UK.

Furthermore, he mentioned the safe journey of those Afghanis along with hundreds of UK nationals. Also, 2000 more applications are completed. Moreover, PM said that the UK officials are working 24/7 to face emergency situations. 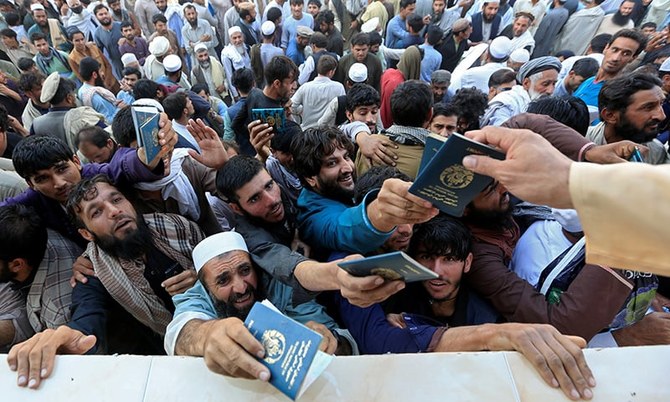 Home Office elaborated the run-away of Afghan staff since 22nd June 2021. This action was taken under the Afghan Relocations and Assistance Policy. According to these regulations, the Afghan staff working with the United Kingdom in Afghanistan is relocated on priority.

The concern of one’s rank, job duration, or employment status is not regarded.

The United Arab Emirates greeted the president and his family on humanitarian grounds. Taliban are seeking to form a comprehensive Islamic government. Taliban’s spokesperson specified that this country is not an arena of conflict anymore. However, there are purportedly women, children and protestors beaten.

The meeting’s prime person was the leader of Haqqani Network militant group named Anas Haqqani. Furthermore, the US has declared this group as one of the lethal terrorist networks.

It is at the border regions with Pakistan and is responsible for dreadful attacks for past years in Afghanistan.

Besides, the former vice president of Afghanistan, Amrullah Saleh, is against the Taliban rule. He has rejected to bow before Talib’s rule in any circumstances. Additionally, it is expected that Amrullah Saleh is hiding in the north of Kabul.

The Panjshir Valley is considered yet safe from rioters. Many government soldiers are supporting the former vice president online and commemorating Ahmad Shah Massoud. Two Al-Qaida operatives assassinated the latter, who was the leader of Northern Alliance.

On 15th October 2021, depressing news circulated the media, demonstrating the death of British...

The UK Government Demands to Bypass Facebook Encryption: Huge Payments to the Firms

The UK Pacific Trade Group Talks, Aiming for the Conclusion

British Ambassador left Afghanistan on Saturday, Traveled to the UK

Know Everything about Revision Circumcision Surgery for Adults

Christmas Countdown 2021 _ Celebrate Your Christmas in the UK